South East Apprentices shine bright in Apprentice of the Year 2021

On Thursday 22 April 2021 some of the brightest apprenticeship talent from the local government sector came together for the Apprentice of the Year event. More than 100 apprentices joined the virtual event to compete for the title of ‘Local Government Apprentice of the Year 2021’. During the event apprentices took part in six online activities based around a variety of disciplines including networking and enterprise.

Congratulations to the winner of the overall title, Karla Overington who is based in the South East at West Sussex County Council. Karla, who is a Business Administrator Level 3 Apprentice working in the Highways, Transport and Planning directorate, had this to say,

“I feel absolutely thrilled, delighted and honoured, to have been given the opportunity to represent Highways, Transport and Planning at such a well organised event. It was a fast paced, full on, interactive day, but it was great to meet new people and be provided with the opportunity to learn and develop.”

“Karla is absolutely thrilled to have won the Local Government Apprentice of the Year 2021.  It is great to see Karla’s enthusiasm and motivation as an apprentice acknowledged and rewarded. When Karla looks back on this event, I think she will come to recognise it as a catalyst in her personal development, and in developing her chosen career.

“I know that Karla gained a tremendous amount from this year’s event. She learned a lot about herself, enjoyed meeting a lot of likeminded people, moved out of her comfort zone and broadened her horizons. It is delightful to see the way this event has inspired Karla and I have no doubt it will have a lasting effect on the way she embraces the opportunities her apprenticeship comes to offer.”

The South East had more cause to celebrate with Sophie Thompson from New Forest District Council being named one of the three runners up. Sophie, who completed a Level 3 Team Leading Apprenticeship last year whilst working in her HR Advisor role for the Council, said of the event,

“It was a great event, really well run with lots of time and effort put in to make it a smooth day. The tasks were challenging and different in their own ways and forced me to put the team leading skills I had learning in my apprenticeship the year before in to practice. I enjoyed the challenge of the tasks, thinking on my feet and leading our team to success. Rapport building quickly over zoom presented its own challenges but I took the skills learnt in my team leading qualification to bring our team together, drive us forward and deliver each challenge.”

There was South East representation too in the winning team with Zoe Spillett and Gemma Knowles from Portsmouth City Council and Test Valley Borough Council respectively.

We spoke to Zoe about what it’s like being an Apprentice, working at Portsmouth City Council and what her thoughts on the event,

“I have worked for Portsmouth City Council for seven years and have been a Trainee Workforce Development Officer for nearly two. I do a big mix of things shadowing colleagues, creating new eLearning packages, delivering training to different departments and I have recently started to learn how to commission training.

“It was a really interesting and well-planned event I enjoyed meeting people who are undertaking a variety of apprenticeships and who work at other authorities, the activities gave a great opportunity to think about some of the skills that underpin a successful work life.”

When asked if she sees herself working in Local Government in the future, she responded,

“Yes I do, I would like to take my learning to the highest level possible in learning and development through apprenticeships with the aim of one day having my boss’s job (sorry boss!)”

“Zoe has exceeded all my expectations in her role as a Trainee Workforce Development Officer. It is a new role we created to support our succession planning and makes full use of the apprenticeships available for learning and development at levels 3 and 5. Zoe’s enthusiasm, motivation and sheer thirst for knowledge have seen her become a valued member of our team and the feedback she gets from course participants has been really positive. Zoe enthusiastically volunteered to participate in the Local Government Apprentice of the Year event, and I was more than happy to support her to attend which resulted in her being a part of the winning team. She has a bright career ahead of her in learning and development and has confirmed we were right to use apprenticeships as a way to develop the trainee role and we will continue to use it in future recruitment to the team.”

Gemma who is an Apprentice Customer Service Advisor working at Test Valley Borough Council, wasn’t sure what to expect,

“I really enjoyed the event. As it was a virtual event I wasn’t really sure what to expect. The day was really interesting and interactive. I found the first task really interesting and found out a lot about myself, from the team that I was in. I also gained experience, in working in a team with people I have never met before virtually. This was a really positive experience for me, especially as our team won as winning Team for the day.”

Huge congratulations from South East Employers to all the Apprentices who took part in this year’s event.

Thanks to our sister organisations, East of England LGA and South West Councils, for organising and hosting the event, we look forward to next year! 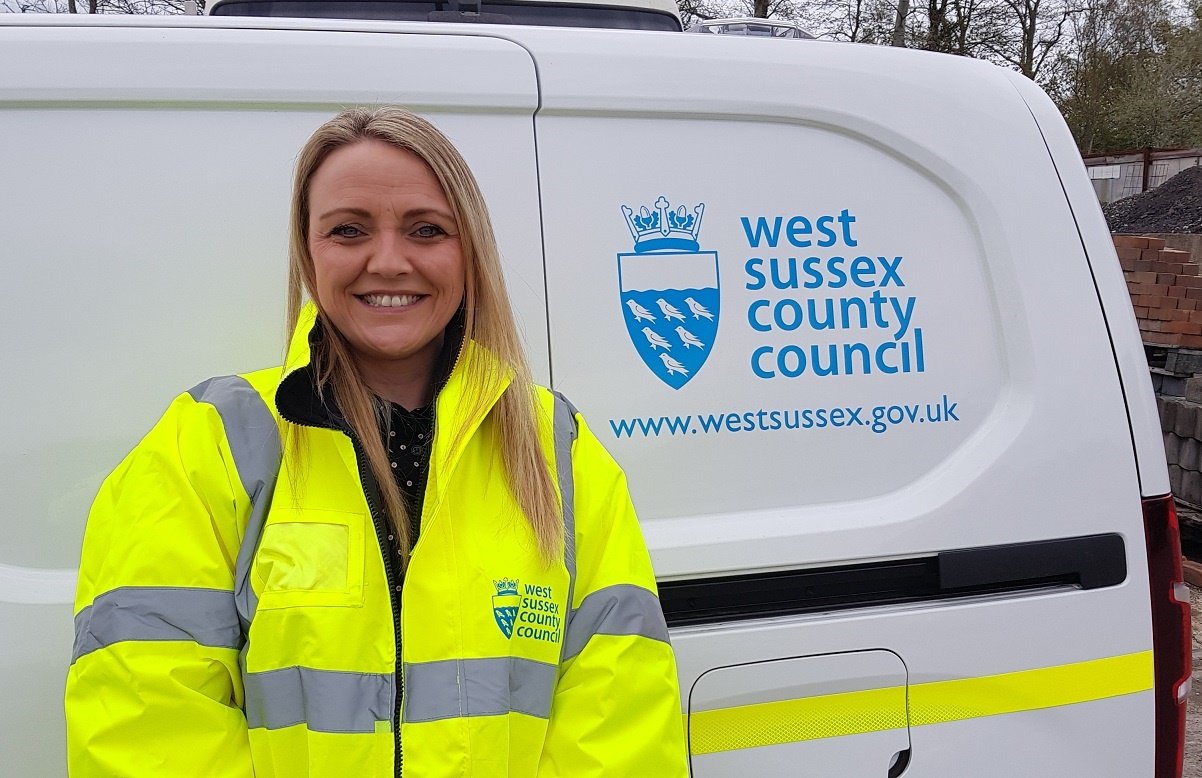 Karla Overington the winner of the ‘Apprentice of the Year 2021’ title.

Karla Overington the winner of the ‘Apprentice of the Year 2021’ title. Karla is a Business Administrator Level 3 Apprentice working in the Highways, Transport and Planning directorate at West Sussex County Council.

Share This
We use cookies to ensure that we give you the best experience on our website. If you continue to use this site we will assume that you are happy with it.Ok